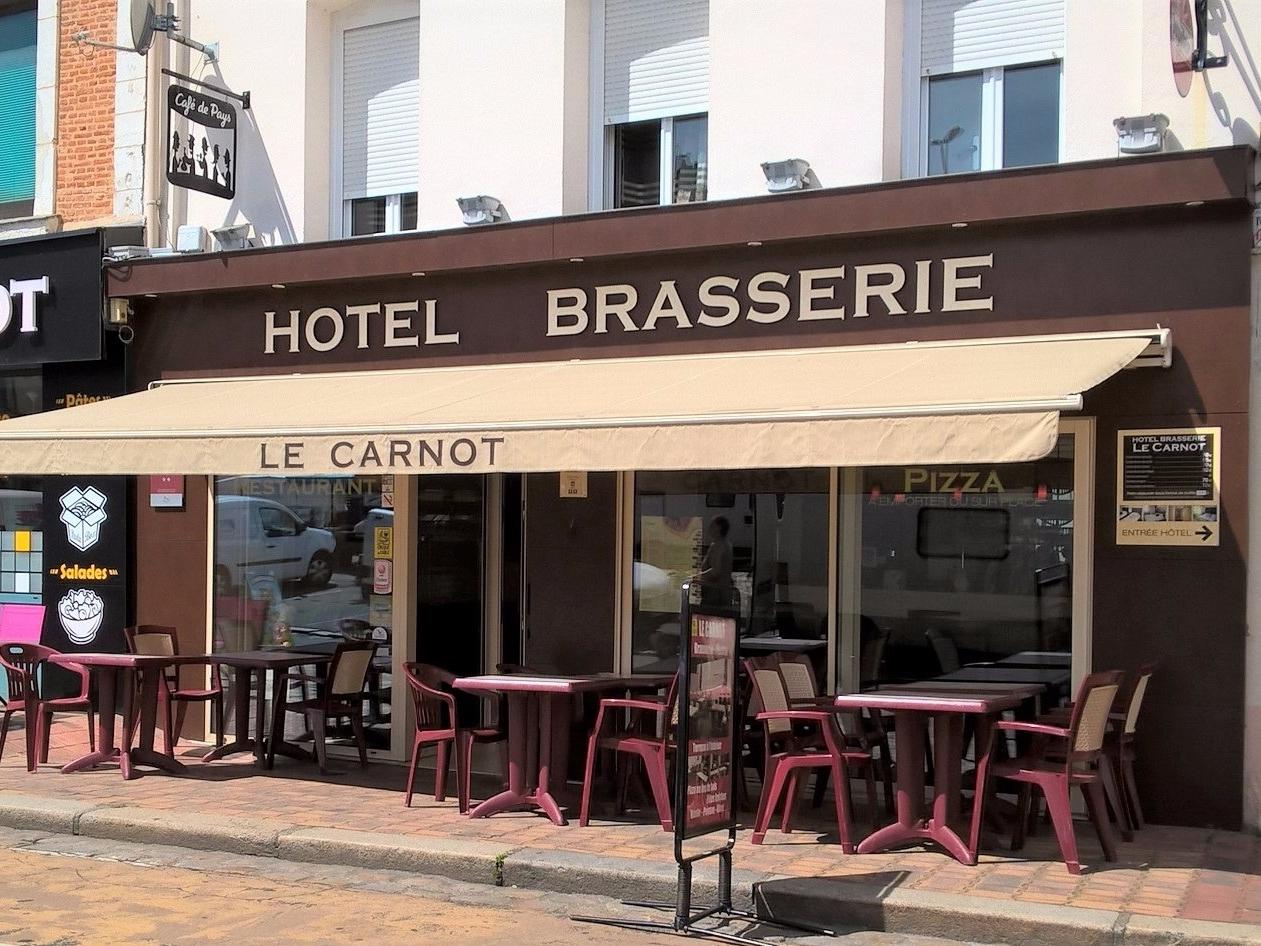 "Good"
7.6/10
269 guests reviews
Le Camot hotel restaurant, completely renovated in 2011, is located in the heart of the town of Bolbec, close to the town hall and many businesses. There is a large public car park opposite the establishment. The hotel has comfortable rooms, with private bathroom and WC, direct dial telephone, free wi-fi and flat screen television. The restaurant has a capacity of 60 seats. The food served is traditional and unique, based around local produce: Le havre, Etretat and Fécamp are 20km away. The picturesque town of Honfleur is 25km away by the Normandy bridge.

This establishment does not allow pets.

The town of Bolbec is located at the top of the Golden Valley (Bolbec, Lillebonne, Notre-Dame-de-Gravenchon) at the source of the river which bears its name. Located in the heart of three valleys, the town has a string of little alleys with pretty houses which must be seen. Former Desgenétais factory: Flagship textile industry in the region. Visit the spinning mill. 17th century Saint-Michel Church: Classified as a historical monument in September 1992, the current church dates from the 1970s. It is a Lesselier organ dating from 1631. Cailletot Manor: 16th century. Its architecture is traditional: Brick, white, grey and flint stone. This manor was classified as a historical monument in May 1931. The area adjoining the manor, ?the dovecot farm?, which includes a pigeon house and a house, was listed on the additional inventory of historic monuments in 1962. Val-au-Grès Château: Former leper-house from the 12th century. EANA theme park: Eana discovery park is a theme park based on sustainable development located in Gruchet-le-Valasse, 6km away. Animal park: La Sauvagette: Located in the town of Lanquetot, between le Havre and Yvetot, 5km from Bolbec, La Sauvagette animal park welcomes you for an original and enjoyable visit through the wonderful world of the Dog.

Please wait...
we are looking for availabilities