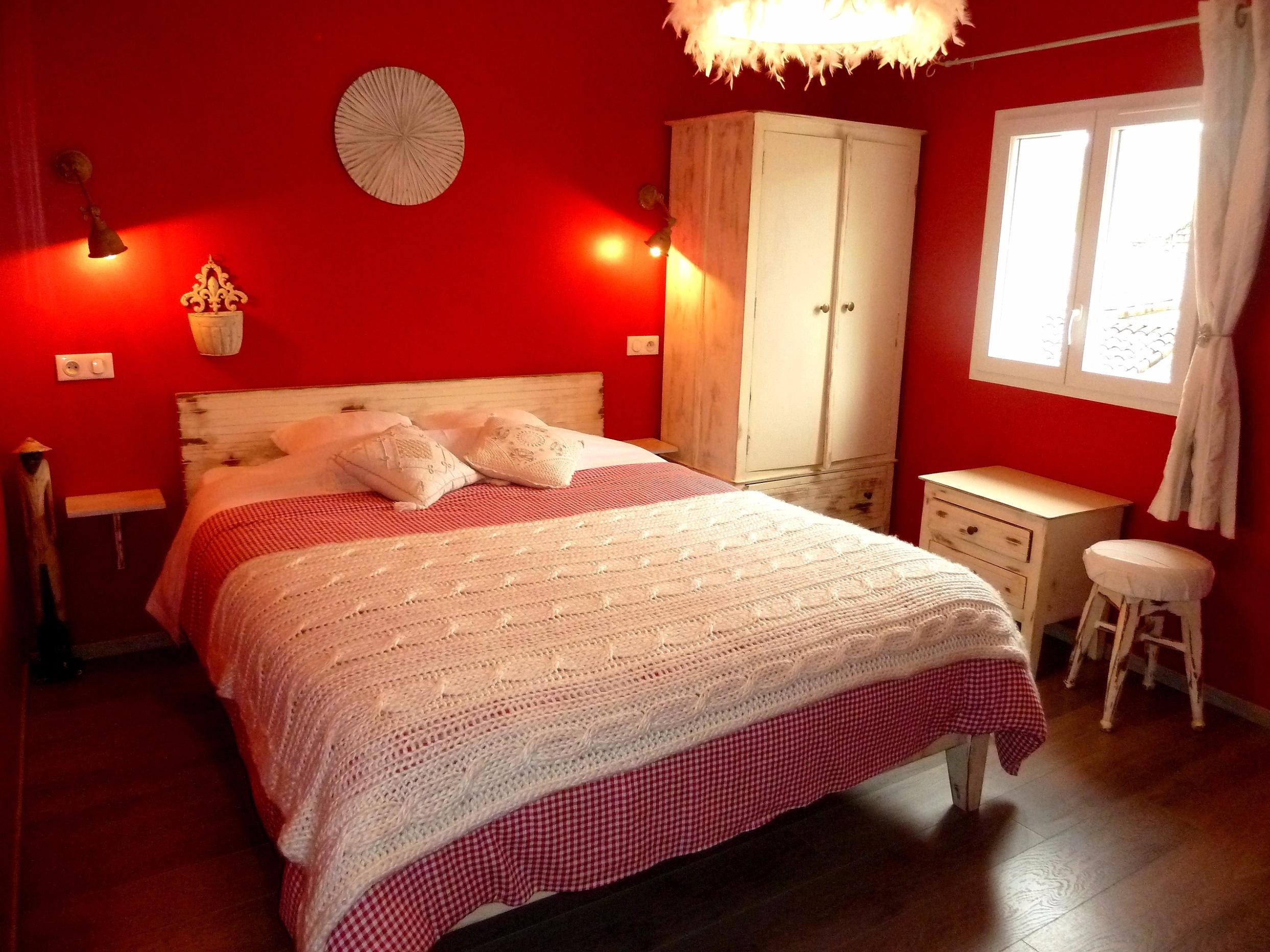 "Zeer goed"
8.8/10
76 adviezen
Lanas is a small village brimming with character, set away from busy roads on the banks of the river Ardèche. The old Lanas inn is centrally located on the village square shaded by plane trees (dating from 1879). The square doubles up as a terrace in the summer. Formerly known as "the chalet" from the 1920s to the 1950s, the establishment was taken over in 2008 by the current owners. They have since been working hard to earn its two stars and the "Qualité Tourisme" label in 2014 for the entire establishment. The hotel has fully equipped rooms boasting reversible air conditioning, flat-screen TV, Wi-Fi and 160cm bed (except for room 3, which has been decorated in a vintage theme, with a nubuck bed typical of the 1970s). They all have a bathroom, with shower, WC, hair-dryer, towel dryers and shaving mirror.
The restaurant serves traditional, top-quality cuisine, with all dishes prepared on the premises, with the exception of ices and iced nougat.

South Ardèche boasts a temperate climate, with its hot summers and mild winters attracting many tourists every year. And the climate is not all that appeals, since south Ardèche boasts a variety of sports and leisure activities. There are also many places of great historical interest, from Prehistory to the Middle Ages. With its many natural sites, such as the famous Pont d'Arc, south Ardèche offers a great range of leisure activities for both the young and young at heart. Without even leaving the village, you can find quads, ultra-light aircraft, parachuting, go-karting, fishing, canoeing, bathing, maiden flights and hiking in the scrub-lands.
Other local activities:
Tours of many other whimsical villages in Ardèche Tours of caves and potholing, climbing, canyoning, rafting, Aquarock Aventure, horse-riding and mountain biking.
You simply have to visit the Vallon Pont d' Arc, just 20 km away: The Pont d'Arc Cavern is a restitution of the decorated Pont d'Arc cave known as the Chauvet cave, listed as UNESCO World Heritage since 22 June 2014. The Pont d'Arc Cavern offers a magnificent opportunity to travel back in time and also has a visitors' centre where you can learn more. Take in the Pont d'Arc, a natural arch hollowed out by the river.
Some other places of interest:
Vogüé, a village brimming with character, carved out of the limestone cliff, the old town in the shape of an amphitheatre by the gorges! A picturesque site affording fantastic panoramic views, and a château that was fully rebuilt in the late 15th century.
Balazuc, an 11th-century village overlooking the river.
Viel Audon is a village inhabited by young volunteers running an experimental, eco- and people-friendly way of life using recycling, plant-based water purification systems, dry toilets and solar panels. Special attention is paid to the origin of food consumed.
Roche Colombe boasts medieval architecture overlooking a waterfall that bursts forth from a cirque.
Sauveplantade has the smallest Romanesque church in France Mirabel and its tower is a vestige of a château torn down in the 17th century at the behest of Cardinal Richelieu.
Further away in the region, there's Cruas abbey church, a masterpiece of Roman art, the village of Antraigues-sur-Volane and Jean Ferrat's home, the château de Crussol (12th century), Issarlès and Coucouron lakes, Mount Gerbier-de-jonc (where the Loire river springs), Païolive wood, a natural, ancient oak forest of great value for both heritage and biodiversity, the Wood is a natural labyrinth overlooking the Chassezac, the Anduze bamboo grove, the Montbrun Caves, the Cocalière Caves, the Orgnac caves and the Cité de la Préhistoire in Alba-la-Romaine, with its château and archaeological digs retracing 2,000 years of history.
In Saint Remèze, Aven Marzal, strike out on an adventure in the underground museum and the prehistoric zoo. It really is something completely different!!!
Check out the artists in the region: you can pay a visit to their studios, contemplate their works, encourage, promote, congratulate and thank them. Wine lovers will enjoy the Néovinum in Ruoms which recounts the history of wine-growing in south Ardèche.